The issue of a military drinking age has been plaguing policy makers and military stakeholders since the 1980s when the U.S. Congress decreed that military installation commanders should be required to adopt the same guidelines for dealing with alcohol beverage drinking age as the states their units are stationed in (Van Wormer and Davis 58). With the 2009 Department of Defense instruction reinforcing this policy implementation (United States. Dept. of Defense 41), an intense debate on the possibility for repeal of age-restrictive rules on the use of alcohol at military bases has been initiated. In my opinion, the rescinding of the currently implemented policy would be wrong, as the lifting of age restrictions is likely to contribute to productivity losses and the growth in alcohol dependence among younger military servicepersons. This would have an adverse impact on both efficiency and prestige of the military in American society.

The issue of alcohol dependence In particular, the E1-E3 junior grade personnel, who include predominantly younger persons, are especially susceptible to heavy drinking. According to heavy alcohol usage data (past 30 days rate) presented by Bray et al, 25.5 percent the E1-E3 pay grade personnel were classified as heavy alcohol users; further underscoring the vulnerability of younger U.S. Military personnel to drinking, 26.1 percent of not married servicepersons were found to be indulging in heavy drinking practices (Bray et al 75). Such practices as binge drinking appear to be widespread among the Military personnel aged 18 to 25, with 56.4 percent of binge drinking occasions being attributed to this age category members (Bray et al 76). In 2009, 36.4 percent of the active-duty military personnel (ADMP) that engaged in binge drinking reported at least one alcohol-attributable job performance accident, with driving under alcohol impact or injury-related/risk behavior being most prevalent outcomes (Stahre et al 211). As the personnel aged 17-20 were reported to be involved in the highest number of binge drinking episodes (56.9 per person per year), it may be assumed that this group is the most vulnerable among all ADMP age categories. The lifting of drinking age restrictions at the home-based military installations is likely to further exacerbate this problem. These data testifies to the inherent risks of excessive alcohol consumption among younger servicepersons, which, as the aforementioned data has already demonstrated, is partially ameliorated by age-restrictive U.S. Military policies. Thus, the latter’s rescinding may contribute to further risks of alcohol dependence among the personnel aged 18 to 25, with its youngest group (i.e. those aged 18 to 21) being put under increased risk of becoming accustomed to binge heavy drinking. This claim, however, may be disputed by other researchers dealing with the subject matter; thus it is necessary to review their arguments in order to both consider and rebut them. 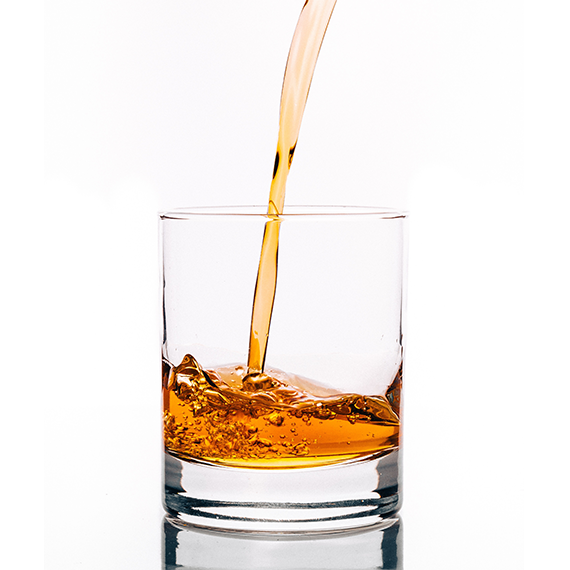 The initiatives for lowering drinking age in the military are connected with the notion that the lowering of military drinking age would supposedly decrease the strain exerted by the legislation’s restrictions on the military personnel, enabling them to eschew psychological problems associated with illegal drinking. In addition, the supporters of such arguments claim that the absence of legal restrictions would diminish the ‘forbidden fruit’ appeal of the heavy drinking, thus decreasing overall levels of binge drinking and similar practices (Curley). While the former argument seems problematic enough to merit additional discussion, the latter may be agreed upon by some audience to the discussion. The proponents thereof may be right in assuming that the regulation of alcohol consumption for junior military personnel would make this practice less risk-averse and dangerous for their health. However, they ignore the enduring impact of informal binge drinking networks that would be perpetuated by the continuation of socio-psychological problems that motivated the servicepersons to indulge in heavy drinking in the first place. Furthermore, the greater toleration of drinking for the personnel aged 18 to 21 would lead to a possible increase in numbers of job performance failures and accidents, some with potentially lethal consequences. Thus, one should conclude that this line of the opposing argument is invalid as well.

The evidence presented above would seem to substantiate my claim on futility and potential negative consequences of lowering drinking age at the U.S. military bases from 21 to 18. In my opinion, the problems with heavy drinking should be addressed by tackling the social problems giving rise to them, not by acknowledging the present situation as a status quo. Thus the future development of the U.S. Military would require stronger measures on providing health security and diminishing job performance stresses imposed on junior military personnel.