The Bible as Literature 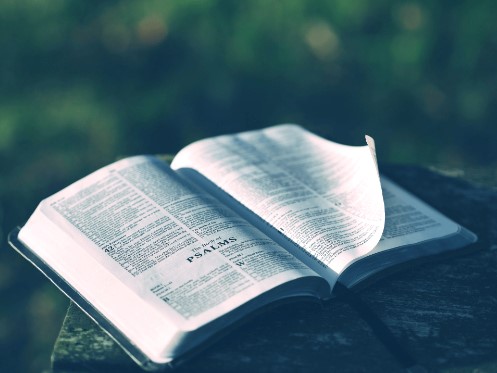 One fundamental aspect in studying the Bible is to understand that it is not only a religious book but also a piece of literature works. In numerous occasions, many people have implied that the Bible contradicts itself, but is it so? This paper seeks to determine this implication and the other perspectives in literature used in the Bible.

I think that the Bible does not contradict itself. First; it was written in different contexts and to different audiences; therefore, if applied in similar perspectives, it seems to be contradicting itself. Basing on the aspect of wine as indicated in one of the texts, it is substantively clear that wine is not allowed in the Bible, but since man was given the freedom of choice for either good or evil, wine has been used to make an understanding of this freedom of choice that man has. The two accounts on creation also indicate a similar point of view. It should be well understood that the second creation account was mainly in the context of the Garden of Eden with an emphasis made on man. I, therefore, agree with views on Bible Critics while, at the same time, disagree with those in the Problem of Abrogation in the Quran, based on the above evaluations.

The Documentary hypothesis analytically brings about two aspects of great significance in understanding the Bible’s origin. The interactive text supports the aspect that consistency in the Bible could not result from the scholarly review of the Bible, and hence was written by the authors inspired by God. Regardless of those contradicting it, the Bible still remains the most accepted piece of literature among those inspired by God. One main weakness is on the different account stories, where there are variations in dates and time frames.

In the video context, there is an element of similarity to the interactive text in the aspect of observable weakness in the Bible accounts. It mainly concerns the chronology of events in which there are no specific timelines in certain occurrences. The main strength of the priestly tradition is that it is more orderly in the arrangement of the content and laws in the different books of the Bible. This makes the understanding of the Bible rather easy.

The main difference in the two contexts with regard to the covenant rituals is the following. The priestly tradition only indicates that animals were sacrificed to God. In the Yahwist tradition, on the other hand, God is identified and His actions are taken into account, one of them being the smelling of the smoke from the burning sacrifice.

According to Elohist’s version, Abraham passed Sarah off as his sister due to the fact that God had promised Abraham that He would give him an offspring and Abraham never wanted Sarah to be defiled. However, according to the Yahwist tradition, God did that to ensure that Abraham’s line would still remain.

In the story of the Wells at Beersheba, the main point on both stories on the aspect of legal water rights is that individuals from a different tribe were not allowed to access water from wells other than those in their own. This major aspect is quite repetitive for both Abraham and Isaac and, hence, there is no any significant difference.

The main aspect that strikes about the modern writing is that there is a significant reflection on ancient occurrences to the current situations. One main aspect that draws me into commenting on this art work is to determine the variances and similarities of both the modern and ancient writings in reference to Biblical contexts. One point that the modern writer is trying to make is that there is substantive similarity between the historical concepts and the modern ones. This is mainly on the basis of a similarity in happenings as observed in both instances.

In making an understanding of the text, the modern writer brings about the story of George Washington during the revolutionary war, in which he saves his people from the European colonials by taking them to the new terrain. This is in similarity with the case of Moses in rescuing the Israelites from slavery in Egypt. It is based on the aspect of Washington rescuing his people and leading them to a safer area that the modern writer’s text resembles an occurrence of Moses in saving the Israelites from slavery and leading them to the Promise Land.