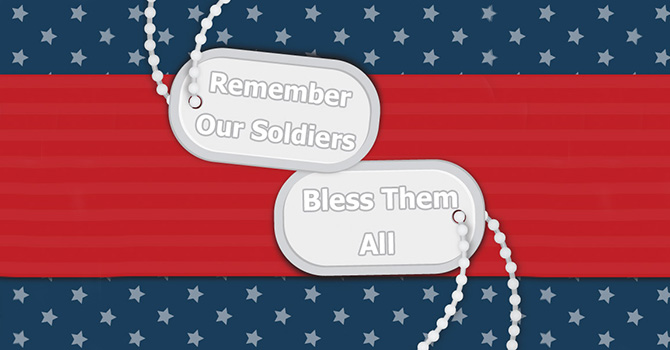 In 1971, the list of official federal holidays was enlarged by one more commemorating holiday – Memorial Day. On this day, which according to the National Holiday Act of 1971 falls on the last Monday in May, people honor those who died in service of the U.S. military forces.

At first, it was Decoration Day

Initially, Memorial Day bore the name of Decoration Day and was observed on May 30. It was aimed at remembering all the fallen soldiers of the Civil War (1861-1865), the number of which exceeded deaths of any U.S. conflict.

The first observance of Decoration Day was held on May 30, 1868 and since then was called for becoming a nationwide day by General John Logan, national commander of the Grand Army of the Republic. By 1890, the tradition to commemorate the fallen soldiers of the U.S. military by decorating graves with flowers and reciting prayers was spread along all the northern states and was acknowledged by the South after World War I.

How did Memorial Day appear?

Decoration Day gradually started to be known as Memorial Day as the primary purpose of the holiday changed. World War I was full of other major conflicts, which took lives of many soldiers. Hence, it became more relevant to call May 30 as Memorial Day rather than Decoration Day (which was honoring only those who died in the Civil War). Soon, in 1966, Waterloo, New York, was declared as the official birthplace of Memorial Day by President Lyndon Johnson. A few years later, in 1971, Memorial Day became a federal holiday with a new date of observance falling on the last Monday in May and providing all the federal employees with a three-day weekend.

Early observances of Memorial Day don’t differ too much from those we have nowadays. People visit cemeteries and memorials, decorate graves with flowers and flags as well as recite prayers for those who gave their lives for the sake of the USA and its future generations.