Out of This Furnace

George Kracha’s story of immigration into America is well described in the novel ‘Out of This Furnace’ that was written by Thomas Bell. In this novel, there is a series of related stories of different characters that faced hardships as they tried to migrate to America after the civil war in Europe. The slovak immigrants were faced with hardships in looking for jobs in their new home as they tried to fight the poverty and life hardships. The characters in this novel have relatively similar issues affecting them with the major challenge being poverty. George Kracha is one of the characters in the novel and his journey into becoming an American citizen has been described by Thomas Bell in his writings. George migrated from his original home country Hungary into America in 1881. On arrival in America, George’s wife dies and he marries Zuska (Bell, 21).  On arrival in his new home, he moved to Haven where he was on a mission of securing a job in one of the metal industries. Initially Kracha worked on railroads after which he moved to Western Pennsylvania where he got a job in the steel mills.

Later Kracha quits the tiresome job in the steel mills and decides to run his own business. Kracha starts a meat market which showed good performance to him at the beginning. Due to improper decision making, Kracha’s meat business collapses and he loses everything. The lives led by most of immigrants in America were like that of George Kracha. The immigrants could only get limited job opportunities in the risky areas like in the factories and the steel mills. With all these hard ships, George Kracha does not regret migrating into America because he can enjoy the freedom despite the poor life he leads.

Like other immigrants in the American soil, Kracha is faced with several challenges and leads a poverty life. On arrival in his new home, Kracha faces a housing challenge as he had to start a home of his own. Having moved with his family to America, Kracha had to look for a settlement for his family. With the poor life and no employment, this becomes a major challenge which Kracha had to solve.  Kracha decides to look for a job in order to earn a living to settle his family.  The first job opportunity was on the railroads where Kracha worked and found it tiresome and with little to take home. The problem of housing remained a challenge to Kracha since the little he got from the long day work on the rails could only serve as food for his family. 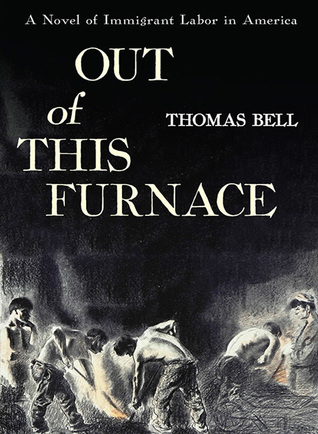 Another problem faced by Kracha and his family was the poor living standards due to the low earnings they made. Kracha was initially employed in the railroads where he describes the hardships he faced and the long day work. The long hours in the railroads were not fruitful as Kracha expected when he first secured the job. Kracha continues to describe the discrimination he faced in his new job where the immigrants were forced to work for long hours with low wages. Being one of the immigrants in the job, Kracha describes how they were mistreated by being forced to work and finally given low wages unable to feed their families back at home. This challenged Kracha because he was the only provider in the family. The low wages given to the workers in the railroads was one of the contributors of the poor life led by Kracha and his family. At one time Kracha is found regretting migrating into America with his family.

Racial discrimination was the other major challenge faced by Kracha together with his family. Like other foreigner who found their way into the American soil, Kracha faced discrimination together with his family. The immigrants were highly discriminated in their places of work by the whites. It was very hard for an immigrant to secure a job in the American industries. This was one of the ways through which immigrants got discriminated. Kracha faced such kind of mistreatment when he was in search for a job. The case was even worse for those who got a chance to get a job. The immigrants could only be employed in the risky areas in the industries like in the mines and metal industries. Kracha got his first job on where he was employed on the railroads. The job was not sufficient to feed his family due to the low wages he got after a long day work. This was the major reason for the hardship Kracha’s family faced.

George Kracha’s job in the steel mills was not very unsafe as described by Bell. Kracha explains how the working conditions posed a threat to their health due to the poor working conditions. On the railroads, Kracha was forced to work all day without rest and this posed a great risk to their health. Some of the immigrant workers got ill in the working places mostly in the metal milling factories. Their employers could not compensate them for treatment of illnesses affecting them related to the poor working conditions. This made some of the workers quit their jobs due to the high levels of discrimination they faced in the working places.

The story of the three generations of the male workers is well composed by Thomas Bell in his novel. The first generation in this story is that of George Kracha who moves with his family into America to look for greener pastures and freedom. The three generations have something in common and that is their area of occupation. George, Mike and Johnny worked at the steel mills in order to earn a living. The second generation is made of George Kracha’s daughter who married Mike Dobrejcak. Mike was a steel worker. Mike also faced the working hardships that Kracha faced in the factory. This made their lives poor due to the low wages they got. The inhuman working conditions in the mills made their lives desperate because of the low wages sometimes unable to meet their basic needs like food. This remained a problem to Mike and his wife Mary, a daughter to Kracha.

Buy a review of any article from our competent writers starting at just $13.99 a page. Full confidentiality and security of transactions are guaranteed

The third generation of the male workers came was seen to create a slight difference in the mode of working in the steel mills. This was Dobrejcak generations that aimed at creating a difference in the way the immigrant workers were being handled. According to Bell, this generation was determined to eliminate the human sacrifice that was subjected to the immigrants in the mills. The aim of this generation was to fight for better working conditions and fair wages for all workers in the mines. This would fight the discrimination and the risky working conditions that the immigrants got from their employers. Dobrejcak was after establishing a lasting fair treatment and justice for all the workers in the mills and factories.

The three generations presented in this Thomas Bells’ novel had different attitudes towards the work they did in the steel mills. Kracha did not like the inhuman working conditions given to the immigrants. The low wages paid to Kracha were insufficient to sustain his family. This made the character quit the job in the steel mills and stated his meat business. The meat market worked well for him until one time when it came to collapse due to poor decisions he had made. The next generation, by Mike who had married Kracha’s daughter also showed negative attitude towards the job they did in the steel mills. . Mike states that the working conditions were very poor and inhuman and this was accompanied by low wages the immigrants got.

Thomas Bells’ book is well composed and I would also recommend it to other readers. The novel is lively because the events unfolding in the novel give a clear picture of past real life situations. The book has a well narrated story about the past happenings and makes the reader see the reality of the things happening even in the present world like the migration of people due to war and other calamities.

In conclusion, the treatment given to foreigners in their new land is much different from that of the original inhabitants. The strangers are mostly discriminated and poorly treated. Immigrants in America in the 19th century faced a series of challenges in their struggle to adapt and earn a living for their families. People migrate from their homeland in search for greener pastures. War and political instability in the home country have been noted to be the major contributor to the increasing number of migrants.