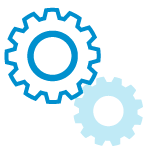 It is a fascinating aspect of the human nature that things that mesmerize a human soul generally have their technological reflection in the ideas of the mind. One of the most unique minds of the nineteenth century has changed the whole perception of the universe. It was Edwin Powell Hubble (1889–1953) who found himself lost in the world under the sky, and as time has passed, found his way by the stars. It would be more appropriate to say that he took readings of celestial bodies for the purpose of identifying and analyzing what could be analyzed. One can say that Hubble was a simple man on the Earth, and he passionately desired to know where exectly the Earth was. As long as there is life, there is always something unknown, someone who wants to know, and the instrument to get the knowledge. The paper describes the most terrific instrument that is the Hubble Space Telescope.

There is a definition of what this telescope is, given on the site of the Space Telescope Science Institute. According to this, “the Hubble Space Telescope (HST) is a cooperative program of the European Space Agency (ESA) and the National Aeronautics and Space Administration (NASA) to operate a space-based observatory for the benefit of the international astronomical community” (Hubble Space Telescope).

Edwin Hubble and other scientists have worked with telescopes that were located on the Earth. The results of such work were always affected by the atmosphere of the planet. The Earth’s atmosphere is like a blanket of dust, and it blurs the light. It is a major obstacle that prevents a clear view of the space. The atmosphere absorbs other wavelengths of light, and prevents form observing wavelength ranges (infrared, ultraviolet, gamma rays and X-rays). That is why there was a silent wish to rise above the atmosphere, but no way to do it. The idea was finely formulated in the year 1923 by Hermann Oberth, who has mentioned in his work how a telescope could be located in the orbit. The scientific benefits of such a telescope that could work from the space were obvious and tempting. Thus, the idea started to find its particularization in life.

The mission of Hubble was to answer the questions that have been discussed throughout the centuries. These are the two basic enigmas that the universe represents: how old is it, and what size does it have? As Duran, Andrew, and Stephen P. Waring formulate, “the Telescope’s purpose is to spend 20 years probing the farthest and faintest reaches of the cosmos”. (Duran 1). The two tasks have continued the work of Edwin Hubble in finding out the size and age on the universe. That is why the Large Space Telescope in 1983 has received the name it goes under now (Lockheed 504). Big ambitious were put in this telescope, so it should have had a friendly name. The HST has carried out these tasks. As it often occurs, when one question is being answered – two more appear. Hubble has collected the information that no person has anticipated gaining, so confusing and complex it was, as was the HST itself.

The Hubble Space Telescope is considered to be “the most costly and challenging science technology project managed by the Marshall Space Flight Center (MSFC)” (Lockheed 473). Apart from complicated technological decisions it has required, Hubble is an astronomical target itself, if to look at how much it took to built it. There were a lot of projects. The design of the telescope has been changed either due to the fact of technological difficulties, or to fit the budget. The congress has cut budget, because the politics required that the telescope would cost less. It took two billion dollars to build the telescope (without the expense of launching it).

The process of building the HST was divided into a few phases, and a few times the start of it has been postponed. For example, during the time the project was being approved “… Congress cut the budget …, thus forcing NASA to extend Phase B planning and delay the new start. Congress also wanted a less expensive telescope, and in August 1974 directed NASA to scale down the project and to get international help” (Lockheed 482).

The Hubble Space Telescope is a 2.4-meter reflecting telescope (the size of a school bus). It was deployed on the heights of 600 kilometers by the crew of the space shuttle Discovery (STS-31) on 25 April 1990 (Space Telescope Science Institute). Hubble is inclined at 28.5 degrees to the Equator. According to ESA, “the telescope whirls around Earth at 28,000 kilometres an hour and takes 96 minutes to complete one orbit” (ESA).

All operations with Hubble are conducted and coordinated by the Space Telescope Science Institute (STScI), operated by NASA, the Johns Hopkins University Homewood Campus in Baltimore, and Maryland.

HST’s major elements, according to the design, are:

The important thing is the OTA, it is the heart of Hubble. The OTA is – “two mirrors, support trusses, and the focal plane structure” (Duran 4). The optics of the telescope is a Ritchey-Chretien design, in which “two special aspheric mirrors form focused images over the largest possible field of view. Incoming light travels down a tubular baffle that absorbs stray light. The concave primary mirror – 94.5 in. (2.4 m) in diameter – collects the light and converges it toward the convex secondary mirror, which is only 12.2 in. (0.3 m) in diameter.” (Duran 4).

With the help of the listed above instruments, Hubble successfully operates across the entire optical spectrum. Hubble has been designed in a way that it could be updated – new software and equipment can be installed. There were several missions to Hubble with the purpose to upgrade it from space.

In order for the telescope to be operational 24 hours a day, the power source had to be installed. Hubble has two 2.45 x 7.56 m solar panels and six nickel-hydrogen batteries. It was a problem to be solved that concerns Hubble maneuvering in space. It is equipped with a system of direction controls that ensure stability, and reaction wheels that help to fix the position of Hubble. When Hubble catches an object, its computers send the image or date as a set of numbers by the Tracking and Data Relay Satellite System (TDRSS). The Goddard Space Flight Center receives the information and forwards it to the Space Telescope Science Institute, so that the data can be analyzed and studied. The whole process is being performed with some difficulties. The HST is not in constant communication with the Earth’s stations. Everything must be planned to the second in order to keep the transmission and store the data. The telescope finds its way in the space via the Hubble Guide Star Catalogue that contains the exact locations of 15 million stars, so other stars could be found.

Hubble has not just entered the world of great mysteries and discoveries without some troubles on the way. It is wonderful what money and thirst for knowledge can do together, but even then there are some faults to be expected. It is due to the fact of a human error that Hubble has been fully operational since the start. Shortly after the HST was launched, a problem with the primary mirror was found. The mistake during the process of assembling Hubble resulted in the poor quality of photos. After a mission in three years, Hubble was improved and has impressed with the perfect quality of photos it took. After this, according to the information provided on the NASA website, the HST has an impressive list of facts that show how unique this telescope is. For example:

This information is just a drop of the unknown. Hubble was considered two work for twenty years, and then lose its capability. The enthusiasm for the scientific potential, has ensured that Hubble stays in the space even now, though a new project is ready: “the James Webb Space Telescope (JWST) was endorsed in the 2000 Astronomy Decadal report as its top-ranked project; JWST was widely recognized as the next Great Observatory to replace the Hubble Space Telescope (HST)” (Hubble Space Technology). Nevertheless, the Hubble Space Telescope was the first to bring people closer to what is far away from the reach of the human eye. Hubble is a dream that came true, so its motto can be an expression from Latin “per aspera ad astra”.

The life of Edwin Hubble was, metaphorically saying, embodied in the Hubble Space Telescope, so it could see what a human being can see only in the mind’s eye. The fantasy of guessing and wondering has now a photo album made by the HST that reflects the real universe and its mysteries that are yet to be understood.