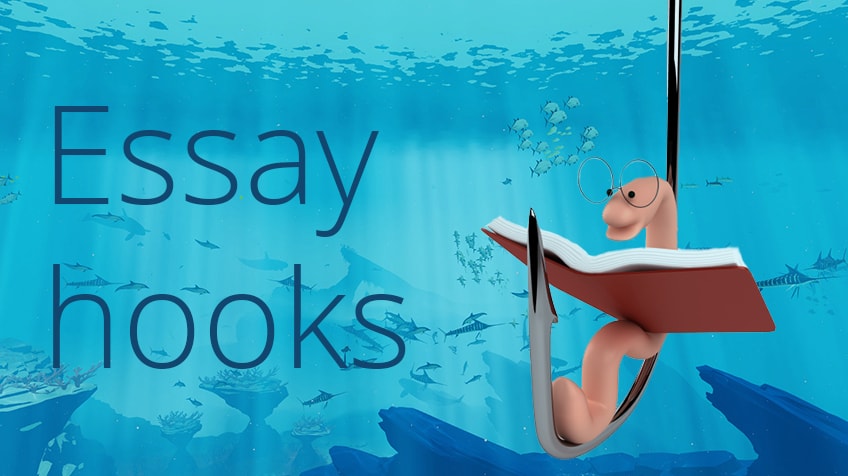 Majority of articles that give tips on writing a good essay will say that the most important sentence is the thesis statement. It’s true. However, before the reader can reach the thesis, he or she will have to go through a few sentences that are supposed to already attract the attention. Hence, the first sentence is known as a hook and should never be overlooked. We’ve compiled this list of best hooks for essays to help you choose the right one.

Beginning an essay with a literary quote or quoting an outstanding personality is one of the most popular approaches. This won’t work for every subject, but most social issues have already been discussed for ages so you’re bound to find some suitable words of wisdom. Another approach you can use is starting with a quote that is opposite to the point of view you’re going to support. Doing this you’ll show that you acknowledge opposite opinions and don’t shy away from debunking them.

Starting with a fact is the safest option because no one will be able to disagree. Moreover, you’ll already set the direction for your train of thoughts and prepare the reader for what to expect. The best types of facts you can use are the ones not known to the general public and the ones that can easily shock the readers. For example, if you’re writing about smoking, you can start with giving statistics of how many people die from it annually. Facts are usually a bit dry beginning but you can never go wrong with them.

One of the good hooks for essays that have a descriptive character to them is setting a scene. Since the main purpose of such type of essays is to describe something, a reader will really appreciate starting reading the essay with a vivid and descriptive scene that helps them to create the right settings. You’ll have to adjust it to your particular topic, but don’t hesitate to use adjectives and colorful expressions.

Asking readers a question is the best way to grip their attention. Try to make the question controversial, intriguing and not that easy to answer. By doing so, you’ll be able to establish an immediate engagement with the reader and create a sort of dialogue. Asking questions, even if they are just rhetorical, sets the right tone for every essay because then the writer doesn’t appear distant and aloof.

The anecdote is not a synonym of a joke, but an amusing story from your life experience. Of course, it’s not appropriate for essays on serious social issues, but it’s a great tool for more light-hearted pieces of writing. The best part of using an anecdote is that in most cases it’s an immediate hook, and the readers will be thirsty to find out how you’ll rule that out and connect it to the rest of the essay.

One of the main things you need to keep in mind is that a hook will attract the reader’s attention, but the rest of the text needs to keep it. So make sure you work thoroughly on everything following the first sentence.