Epilepsy has been known since ancient times. It is a chronic non-infectious disorder of brain functions that impacts humans of all ages. In the developing world, a vast majority of people, who suffer from this disease, do not receive appropriate treatment. In a great number of states, such individuals, as well as their families, usually face prejudice and violence. Although there are certain difficulties in the treatment, epilepsy is not a sentence but rather a feature of a human organism that requires specific attention and understanding.

Description of the Disease

Epilepsy is a chronic brain disorder that affects people all over the world. It is a significant cause of child mortality and represents a common neurologic disease, in this age group (Marcovecchio, Petrosino, & Chiarelli, 2015). The disease is distinguished by periods of exacerbation. These attacks are temporal extemporaneous convulsions in a particular part of the body (partial seizures) or generalized convulsions. The last ones affect the whole body and are often accompanied by the loss of conscience and control over the functions of bladder and intestines. These incidents emerge as a result of the excessive electrical releases in a definite group of brain cells. Such discharges may happen in various brain areas. The seizures could take the form of inconsiderable memory lapses or muscle spasms, as well as severe and prolonged convulsions. They also vary in frequency as they can happen at least once a year and up to several times a day. A single attack does not witness about epilepsy. The determination of the disease is applicable in the case of two or more seizures.

Epilepsy is an ancient health condition, which was described in old written works and was recognized by many states in the world. It was surrounded by misunderstanding, discrimination, fear, and social stigmatization. In certain countries, particular forms of stigma continue to the modern day and can significantly influence the quality of peoples lives.

Characteristic signs of seizures are variable and depend on the brain area, in which the violation begins and how far it spreads. There are certain stages of epilepsy: 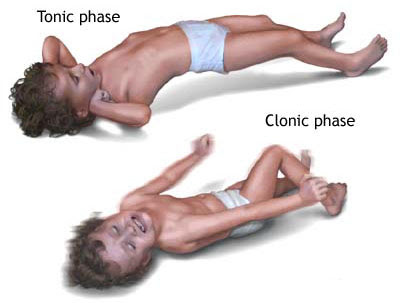 Figure 1. The phases of epilepsy in children (Recognize cause, 2011).

There may be temporal manifestations such as the loss of the orientation and consciousness, as well as frustration of motion, sensations (including hearing, vision, and taste), sentiment, or other cognitive functions (Solomon & McHale, 2012, p.30). Individuals, who have experienced seizures, are more likely to suffer from other physical problems, for example, injuries and ruptures. They are also characterized by amplified levels of psychological conditions, including depression and anxiety disorders. The risk of the untimely death in patients with epilepsy is higher than in the general population. According to the World Health Organization (2015), reasons for the death, which are related to epilepsy in low- and middle-income states, such as fall, scalds, extended seizures, and drowning could be effectively prevented.

Children, who are prone to epilepsy, often suffer from nightmares and wake up screaming and in tears. Moreover, they usually walk in a dream. Headaches are another symptom that should alert parents. Pain occurs abruptly; it can be accompanied by nausea and vomiting. Sometimes, the only early sign of epilepsy is the short speech disorder. At some time, a child is conscious and can move freely but in few seconds or minutes, he or she loses ability to talk and is not even able to answer simple questions.

The most common type of this disorder is idiopathic epilepsy, which has no established reasons. In numerous cases, there are genetic origins of epilepsy. 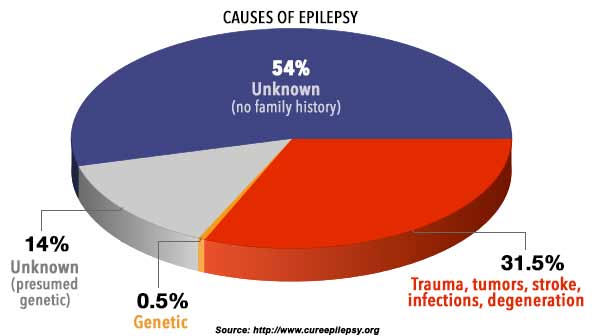 Symptomatic or secondary epilepsy is referred to the disorder, the causes of which are known. These contributing factors include brain impairments in the period of the prenatal development, including hypoxia, low birth weight, or birth damages. Meanwhile, inherent abnormalities or genetic conditions in the existence of malformations of the brain development can become causes of epilepsy. The roots of the disease involve strong head injuries and stroke, in which the brain has not obtained sufficient amount of oxygen for some time. In addition, the disorder can be caused by various infections of the brain, such as encephalitis, meningitis, certain genetic syndromes, and brain tumor. All these issues can lead to the development of epilepsy.

A daily intake of low-cost drugs can be a basis for the treatment of epilepsy in a simple and affordable way. General principles of the epilepsy therapy include preserving the general and food regime, additional anticonvulsant therapy and individual medical treatment, neurosurgical techniques, and psychotherapeutic methods (Solomon & McHale, 2012, p.34). Modern principles of diagnosing epilepsy in children and adolescents suggest a widespread use of methods such as electroencephalography, computer tomography (CT), and magnetic resonance imaging (MRI).

An idiopathic form of epilepsy cannot be prevented. Nonetheless, the preventative procedures can be applied to the regular causes of secondary epilepsy. The most efficient way of preventing the post-traumatic epilepsy is the avoidance of head injuries. An appropriate prenatal care reduces the number of developed cases of epilepsy that are caused by birth traumas. The application of medicaments and other methods for decreasing the body temperature in children with fever results in the lower probability of fever seizures (World Health Organization, 2016). Infections of the central nervous system are a general cause of epilepsy in tropical regions. The extermination of parasites in these territories and education concerning the infection prevention around the world are powerful practices for minimizing the epilepsy rates.

The universal load of the disorder integrates years of life that are lost because of the premature death, as well as long periods that are spent in states of poor health. Epilepsy has considerable economic aftermaths in terms of meeting the necessities of the health care, untimely death, and lost productiveness (World Health Organization, 2016). Although the social issues that are associated with epilepsy vary, prejudice, and social intolerance are often more burdensome than overcoming the seizures themselves. Unfortunately, people with epilepsy usually become an object of prejudice. Stigma can interfere with the handling individuals for the treatment of symptoms and identifying this disorder.

Correction of Myths about the Condition

The peoples perception of epilepsy comprises many myths and prejudices. Often patients themselves believe in these myths; thus, they do not quite clearly understand what is really going on with them. It is believed that epilepsy is a hereditary disease, which affects only those who have relatives with this condition. In fact, only certain types of the disease can be inherited. Other kinds are caused by a structural defect in nerve cells after undergoing trauma, hypoxia, or certain types of metabolic disorders. Many people believe that a person, who suffers from epilepsy, is mentally challenged. Nevertheless, only some types of epilepsy tend to occur in the early childhood; thus, they can cause some mental retardation. However, even in this case, the correct set of antiepileptic drugs gives patients a chance for the normal development. Most patients with epilepsy have ordinary intellect. It is believed that epilepsy is incurable. Nevertheless, choosing the right antiepileptic therapy can either help people avoid seizures completely or, in more severe cases, reduce their frequency significantly. It is believed that antiepileptic drugs have many side effects. Indeed, preparations for the treatment of epilepsy are serious enough, but untreated seizures are much more dangerous. In addition, modern medicines are much easier tolerated. They have no effect on the mental function and are not addictive. Many people think that it is impossible to have children if a woman suffers from epilepsy. Females with the disease successfully give birth under the observation of neurologist and obstetrician-gynecologist.

In low- developed and middle-income states, an enormous majority of individuals with epilepsy could not obtain the appropriate treatment. The diagnosing and treatment of epilepsy can be conducted at the level of primary health care institutions without the utilization of any advanced equipment (World Health Organization, 2016). Thanks to special education of providers of the primary health care in the diagnosis and treatment of epilepsy, the gap in its treatment can be effectively diminished. Nevertheless, the lack of trained health specialists may be an obstacle to the treatment of people with epilepsy.

The issue of the effective treatment of epilepsy is one of the most urgent and difficult problems in neurology and psychiatry. In considering the etiology and pathogenesis of the disease, a considerable role is played by the presence of hereditary or acquired predisposition to it. The great importance is referred to various exogenous influences, including deferred viral, bacterial, and mixed infections, head injuries, for example. Epileptic seizures can occur in any child at any time. It must be remembered that the quality of life can significantly deteriorate due to the numerous constraints associated with specific diseases. However, in the intervals between seizures, children, and adolescents with epilepsy lead normal lives. Therefore, all efforts of doctors should be aimed at minimizing the number of seizures by appointing medicine and procedures that possess minimal side effects.