To Pledge or Not to Pledge? 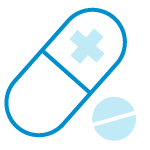 A debate often rages on whether the nurse should or should not pledge the Nightingale Oath of Nursing. The Oath is an adjusted version of the Hippocratic Oath to fit the nursing profession. Even though various components of the Oath have been adjusted with time, the foundations on which it was built is an interesting phenomenon. The Nightingale Oath was never developed by Florence Nightingale but named after the woman by the Farrand Training School in Detroit in 1893. Furthermore, the original version of the Nightingale pledge was criticized by Nightingale herself who had set the foundations of nursing. The controversial issues include the gender and religious discrimination in nursing.

The Hippocratic Oath is an enshrined vow used in the medical fraternity. The oath seeks to establish moral and ethical norms in the medical workers. The original Hippocratic Oath had various strong references to religion, family, and sex. The Nightingale Pledge, in turn, is a version of the Hippocratic designed for the nursing professionals. Nevertheless, the oath has met heavy criticism over the course of history from the religious activists and feminists. Even though, the Nightingale Pledge and Hippocratic Oath are not legally binding, various aspects of religion, race, sex, and health issues have had to be changed to reflect the modern day reality. The current paper evaluates the Nightingale Pledge in the course of history and studies whether the nurses should or should not pledge.

The Nightingale Pledge requires nurses to pledge to God and the present assembly that they will lead a life of purity and stay faithful to their profession. Furthermore, the nurses swear not to harm patients intentionally but to seek for the ways to improve the profession. They promise to keep secret any family or personal information and to support the physicians in their work. The controversial passages of this oath are the following sentences: “pledge myself before God,’ ‘pass my life in purity,’ and ‘I endeavor to aid the physician in his work” (Miracle, 2009). The strong reference to God, purity, and male physician are closely associated with the social realities of the time when the Oath was created. At that time, attachment to religion and gender discrimination was at their peak. Nevertheless, these ties have weakened with time. Despite the changes suggested by the critics of the Nightingale pledge, the dedication to saving the life has remained a common denominator. The nurses continually pledge to protect the life and deliver quality services that might not comprise the patient’s life (Miracle, 2009).

The Nightingale Pledge, the Hippocratic Oath of nursing, was created in the Farrand Training School in Detroit in 1893 and named after Florence Nightingale. Therefore, the oath is not the work by Florence Nightingale. In order to evaluate the oath, it is important to look at the contribution of Nightingale to nursing. Florence Nightingale is considered the founder of the modern-day nursing as she founded the Nightingale School of Nursing in London, in 1860. Here, she laid the foundation and standards for teaching nursing as a science after having worked as a nurse in Crimea for some time. Miss Florence was of a strong religious and education background. As such, she found a call from God to serve the humankind by mitigating the suffering through nursing. She trained in math, linguistics, history, and philosophy. However, her parents denied her a chance to study nursing since they had influential political ties and desired a better future for their daughter. Luckily, she succeeded in enrolling as a nurse in Germany. The woman also denied her family wishes to marry an influential suitors; she decided to serve the needy and committed herself to the unmarried life (Miracle, 2009).

With time, the pledge to God and purity has been eliminated from the oath. Similarly, the word physician was changed in order to consider the whole health care team. The original version limited the nursing profession to helping the doctors only; hence, a need to bring equality arose. In the early days, nursing was considered a feminine job while males were the doctors; this fact caused the sex stereotype to appear in the oath.

The Nightingale Pledge introduces various important elements of the nursing profession as indicated in the modified oath and modern research. The oath promotes professionalism, respect to the foundations, medical rules, and directions. According to Selanders and Crane (2012), Nightingale expected obedience from the nurses, on the one hand, but promoted autonomy in the nursing practice, on the other. Nurses are expected to promote the interests of patients and improve the nursing profession rather than just follow what they are said to do. For instance, once, Nightingale threatened to leave the hospital if it would not allow her attend other patients not coming from the Church of England (Selanders & Crane, 2012; Miracle, 2009).

In addition, she promoted the idea of helping and assisting the patients until their death, even in the case of incurable illnesses. This benefit was often denied to chronically or mentally ill patients at the times the oath was introduced. The Nightingale Pledge offers no changes in the line ‘devote myself to the welfare of those committed to my care’ taken from the Hippocratic Oath. The nursing profession also targets those patients who are deemed to die. Therefore, it was important for the nurses to promote the value of life until the very its end. Based on the standards set by Nightingale, the nurses who denied service to such patients were to be dismissed from the duty (Selanders & Crane, 2012).

Participate in our Affiliate Program and begin earning money!

The aspect of purity also indicates a strong will of the oath to support the sex balance. Nightingale was a victim of sex and social discrimination. The contemporary society had strong social class systems and women were considered the home keepers. The aspect of purity is linked to Nightingale bias to religion and chastity of the Catholic nuns. Therefore, for women who were serving as nurses, purity provided a greater sense to serving something bigger than the social ties (Selanders & Crane, 2012).

The ethical limits of the healthcare profession were first tested on a major scale in the times of the Nazi regime. The idea behind the Nightingale oath is to prevent health specialists from disrespecting life and violating any human rights. According to Miracle (2009), it warns on the use of medicine for harming the innocent lives as it was done by the Nazi. During the regime, certain social (challenged and mentally ill individuals) and national groups (the Jews and Gipsy) were subjected to medical experiments aimed at finding the best ways of improving the medical conditions of the German soldiers at war. Consequently, the health practice was put in jeopardy. Therefore, the Nightingale and Hippocratic Oaths were to guide and control the practitioners in the profession. It also sets the limits of the obedience to the orders that might compromise the lives of the patients. For Nightingale, life was very valuable (Selanders & Crane, 2012; Miracle, 2009).

Ethically, the oath promotes upholding life under any circumstances. However, for many years, the health care professionals have debated the relevance of keeping some patients alive; the idea, however, contradicts the doctrines of many religions that advocate for people to die at God’s will only. Therefore, according to the oath, even when a patient has no chances to survive, the health professionals have no authority to terminate their lives (Selanders & Crane, 2012). On the other hand, more recently, other social phenomenon have introduced the new forms of medical discriminations. For instance, the nurses with strong belief in God find it difficult to attend the Gay and Lesbian communities; hence, they face a dilemma between the healthcare profession and personal beliefs. This situation demonstrates the limits caused by attaching religion to the healthcare issues (Beck, Dossey, & Rushton, 2013).

Equally, the feminists criticize the masculinity of the physicians stipulated in the oath. The consensus has been quickly found, and the phrase was changed to ‘collaborate with the healthcare team’ (Beck, Dossey, & Rushton, 2013). Nevertheless, this criticism ignores various other aspects; Florence Nightingale did her best to promote the sex equality in the healthcare provision not only in practice but also in the worldview of the society. In one of her works, Nightingale questions the difference between a man pulling a carriage and a woman doing an odd job. Therefore, the original version of the oath significantly limits the nursing profession. The gains in the sex equality in the 21st century provide a context different from the one of the times when the committee introduced the Nightingale Pledge. Today, more men and women can join the nursing and physician professions irrespective of their sex (Lentz, 2014).

The professional decree derived from the Hippocratic Oath for nurses can often ignite the pressure, especially in severe cases when the patient’s life gets at risk. Its numerous corrective measures are always floated and, sometimes, the wrong one can be picked up. The procedures in anesthesia can result in certain risks due to their complexities and dynamism. Here, there are numerous specialists treating the same patient whose physiology may have different responses. Moreover, the procedures are time sensitive. There is a sequence, in which the activities should be performed, with associated physiological response. The omission of a single step can result in unpredictable responses. If this situation happens, the stress increases the chances of other human errors (Lentz, 2014).

The Nightingale Pledge cannot be criticized in isolation without the evaluation of the contribution by Florence Nightingale to the nursing profession. The decision of accepting or not accepting the oath is likely to depend on whether the Pledge is analyzed independently or not. I support the Pledge with the current modifications, which are not a limitation of the original oath but a response to the 21st century’s realities. Nightingale held the egalitarian view on religion and sex equality in her works that have now been fully implemented in the modified version of the Hippocratic Oath for nurses. Not pledging in my opinion questions the very foundations of the nursing profession, for example, the commitment to saving life. This aspect should be put into focus despite any religious and gender discrimination in the healthcare practice. It is an oversight of the committee that introduced the oath following the religious and gender stereotyping of the times. Furthermore, the oath is not legally binding; it only strengthens the desire to join the nursing profession and put it in the first place. Therefore, the Pledge is worth promoting since it inspires a valuable heritage of nursing.